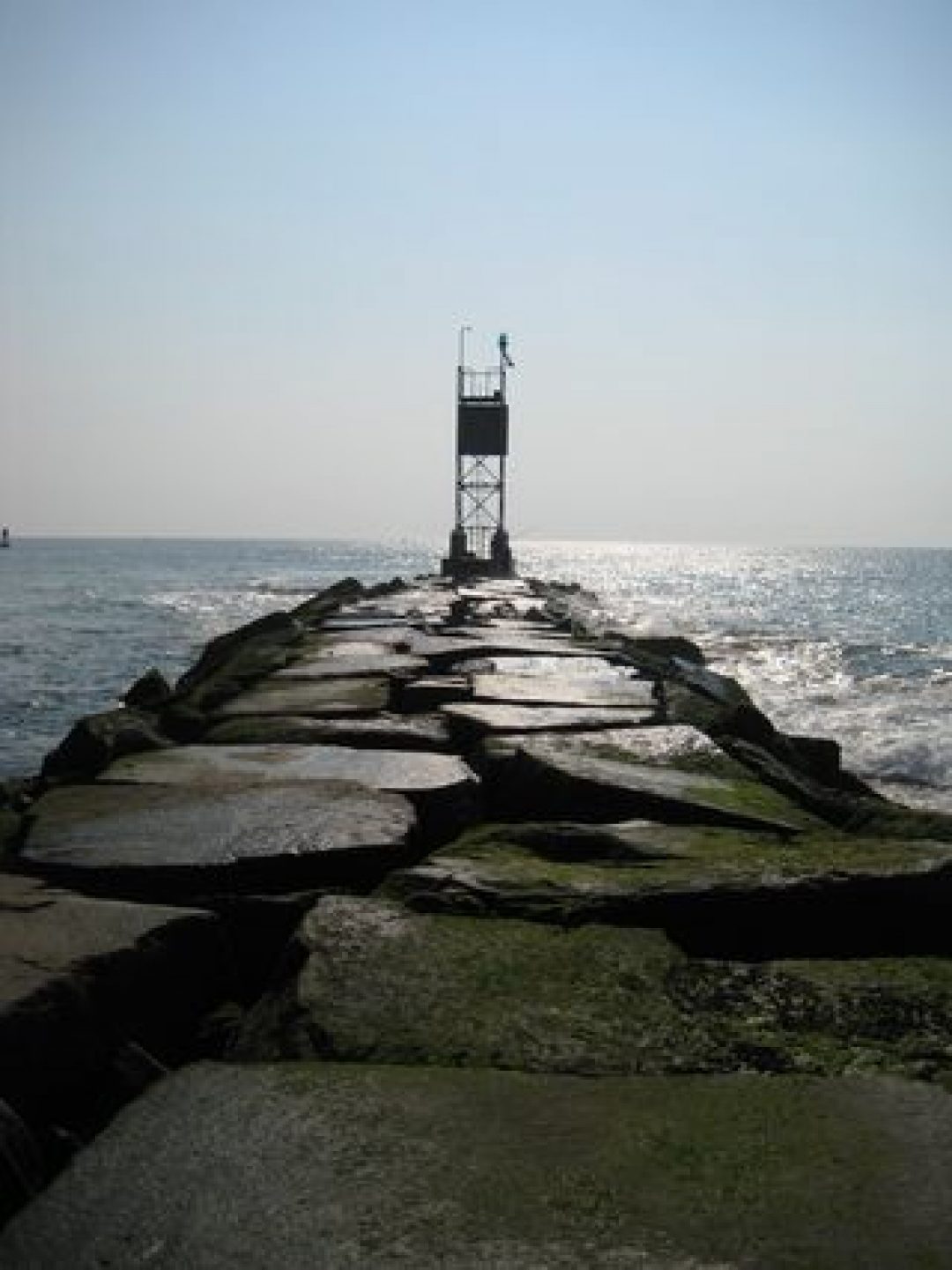 I’m going to the beach next week (note, that’s the beach, not down the shore). It’s the same beach where we’ve stayed since I was in third grade and a strange combination of weather and tidal forces caused the ocean to flood and retreat, forming a canal at the top of the beach. (This was real. I have pictures of this but no scanner.)

We’ve stayed in the same house there for more than 20 years, so it feels like ours, even though we only rent it for 1-2 weeks per year (and in adulthood, my sister and I usually get much shorter – if any – time there).

I’ve been fairly spoiled this year, having spent one week in the Dominican Republic in January for our honeymoon. Plus, we’ve already booked a trip to Chicago for Labor Day weekend. (We rarely travel this often, at least for real vacations. Pittsburgh and Elk County – where we’ll also end up inevitably this summer – don’t count.)

Yet somehow, with the craziness of this past month, I can’t wait to get there, crack open a few light beers and books (see “Summer Reading List“) and just relax.

We’re Slower Lower Delaware fans. We, like my mother and aunts before us, were raised going to Rehoboth, Dewey or Bethany Beach every summer. Before the advent of digital cameras, Facebook and Twitter, I lived in Dewey for a summer working at The Starboard and The Ice Cream Store. I was 19, and I still can’t believe my mom let me go.

In daydreaming of this coming week’s vacation and feeling nostalgic about those days where I only wore shoes for work and my hair naturally bleached blonde, I think I’ve decided to change my dream job. I want to be a beach hippie.

In the early 2000s, my friend, Geoff, and I created the first versions of our “Life Lists” (as we called them before The Bucket List came to be), one late evening at 5:01 Downtown after hearing customers talk about the first Elton John/Billy Joel tour and deeming that a “Life List” concert.

On that early draft, I included things like “learn to like margaritas and dirty martinis,” “learn to ballroom dance” and “spend a summer at the beach without wearing shoes or cutting my hair.” I think I really just wanted to be California Barbie. She had the longest blonde hair, a dark tan and the coolest one-shoulder Hawaiian print bathing suit (and matching purple surfboard).

Years later, with many of the easy ones checked off that list (and of course I can’t find that damn thing anywhere now that I am writing about it), I still haven’t traveled the country by Jeep with journals (now blogs, perhaps?) and my 35mm camera — and I haven’t re-lived my beach summer. Somehow, I don’t see this one happening unless I get rich writing, but a girl can dream.

That said, the beach does inspire me, so with luck, I may post a few extras next week.