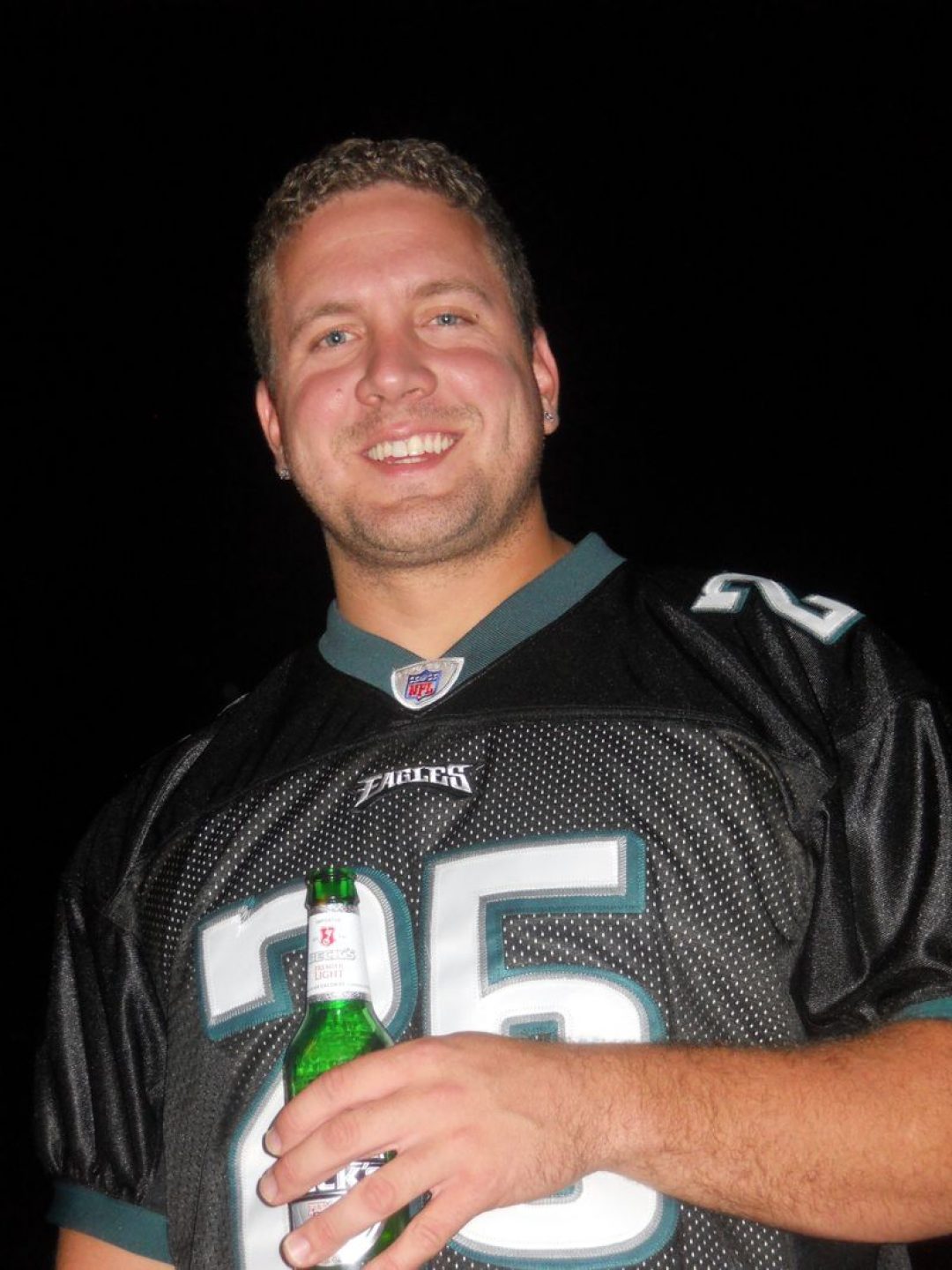 It’s a dude! As the expansion continues, I’m pleased to introduce Jeff Cavanaugh, the latest contributor to the SaraBozich.com team.

I met Jeff earlier this year because he stalks news conferences, but you may recognize him as the guitarist from the first SaraBozich.com Happy Hour, where he offered to play out of the sheer kindness of his heart.

Like the rest of my weekly contributors, Jeff isn’t from here, and he is an Eagles fan. Sigh. [Ed. note: Next contributor’s only requirement is to bleed black and gold, like me.] He’ll be covering some live music, some sports and adding an overall male perspective to things.

I’ll let Jeff tell you more about himself:

If you only want to know one thing about me let it be that I am an unabashed, diehard fan of the Philadelphia Eagles. Not a Philly sports fan … an Eagles fan. The Phillies buying World Series titles will never impress or excite me; if anything it disgusts me that their seasons have been regularly overlapping into football season.

I’ve been in the Harrisburg area for five years now, and I’m sure that over time I’ve figured out every beer special and hot wing special in the midstate. The Midtown, Zembie’s and Arooga’s are probably my favorites since Pete’s in New Cumberland closed ($7 AYCE wings and $1 draft beers was my normal Sunday for a good while).

While I wait for a call from ESPN or the NFL Network, I work in a government communications office. Outside of work hours, I play acoustic guitar at different bars around town and contribute to Buzz on Broad, a Philadelphia-based sports blog.

I love football, music and discussion about either, and I will argue that I’m right even after I figure out I was probably wrong. I hope that my take on sports, music and events town keeps you amused.

Quick 411
Favorite Album: Aerosmith – Toys in the Attic
Best Concert I’ve Ever Been To: August 23, 2008 – Bruce Springsteen & The E Street Band in St. Louis
Favorite Harrisburg Lunch Spot: Philadelphia Steak & Hoagies on 4th Street
If I left Harrisbug I would want to live in: Nashville
Best Place for an NFL Vacation: Green Bay (Lambeau Field is great, but the burgers at Kroll’s are worth the trip alone)