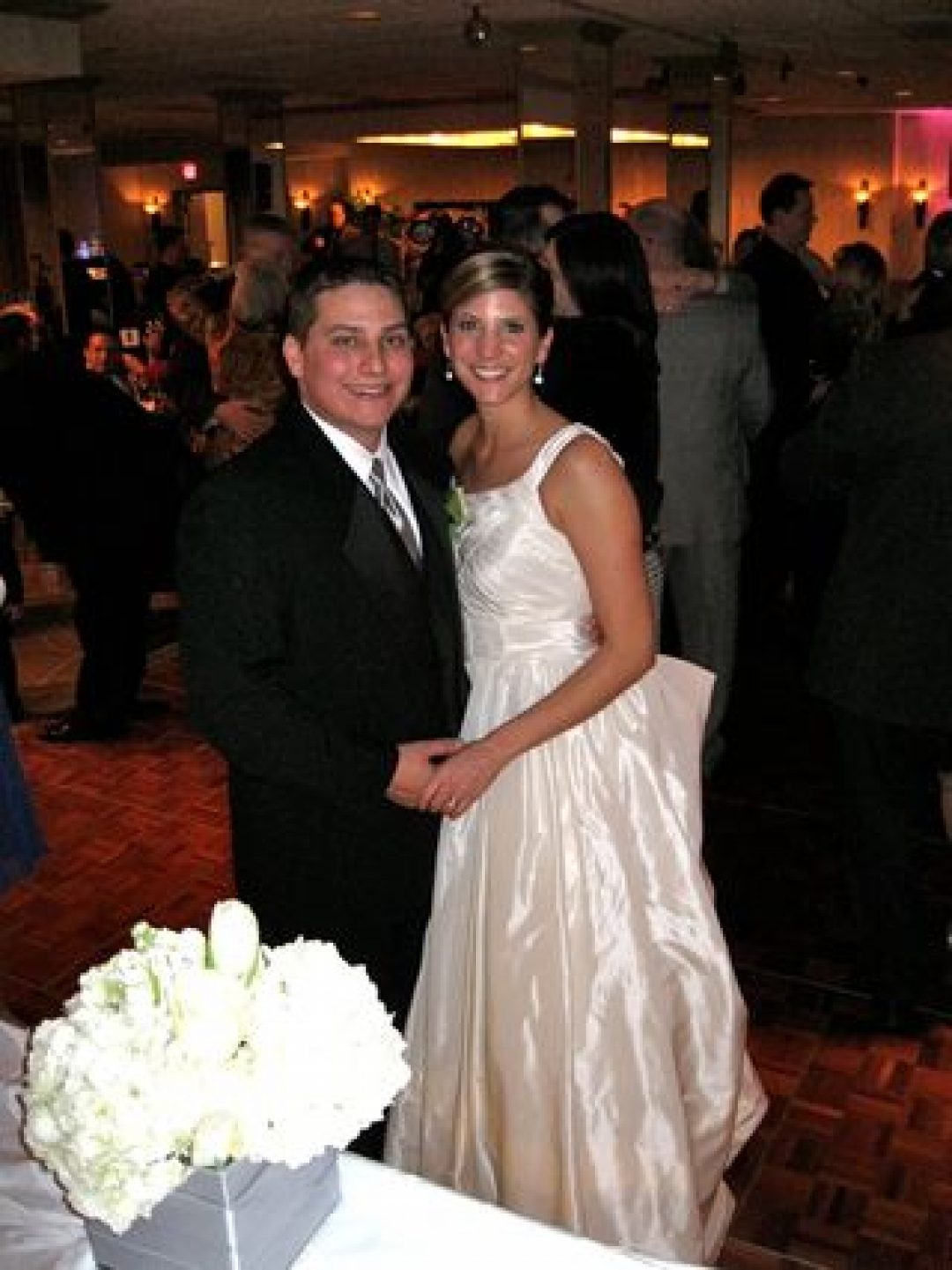 When Andy and I began our wedding planning, one of the early pieces of business was where. I wrote a post about our decision here, where you can see where the money talked. Everyone is different and has different needs. We paid for our wedding on our own, so money was a major factor. The second consideration was ease of use for our guests, the majority of whom (like Andy's entire family and my extended family) were traveling from out of town.

At first, I admit I had a few reservations about getting married in the same ballroom where I attended my prom (friends kept saying, "Sara, just stop telling people that!"), but the reality is, the wedding packages at the now-Park Inn Harrisburg West are probably the best value in the area.

You can find all of their available packages, additional testimonials, photos and more at their wedding website, Weddings Harrisburg.

Our wedding ceremony was held at my childhood church in Lewisberry, Pa., but that didn't stop the Park Inn's team of wedding planners from essentially organizing the whole she-bang. They were there with baskets for the programs, snacks for the wedding party while we waited, they timed out everything, pointed us in the right direction and even fluffed my gown before I walked down the aisle. Thank goodness – I don't think I would've known which way to turn if it wasn't for their quiet, clear direction!

Back at the hotel, they seamlessly worked the wedding party into the "waiting room," where we were offered anything we wanted to drink and a sampler of the appetizers (plenty of them!) being served to our guests.

It was around this time that my sister realized she had misplaced the ivory, embroidered pashmina I had given to all of my bridesmaids. The wedding staff negotiated a web of information, searching my sister's car, her hotel room and eventually calling the bar we were at the night before (oops) to locate it. We finally were able to deduct that she had just left it at my house, but the story of Keri & the Lost Pashmina – well, holy hell, folks. Talk about above and beyond.

That wasn't all. Our parents (all six of them) were treated like kings and queens. The wedding coordinator had tied cloth napkins to the backs of the chairs of Andy's parents, my mom and her beau, and my dad and stepmother marking them as "V.I.P.s." Our parents couldn't stop raving the next day about how well they were treated – if they so much as dropped a fork, someone rushed over to give them a new one before they had a chance to say a word.

I truly can't say enough about the service we were treated to at the Park Inn. But not only that, our guests raved about the food. We had a great bartender (Hi, MoMo!). There was a ton of food. All of the hotel staff was insanely nice to our guests, many of whom – um – really enjoyed that top shelf open bar. A lot. Some additional rooms were booked that night, actually.

Back in our "honeymoon suite" (Okay so this isn't the fanciest thing I've ever seen, but who cares?), the staff had saved all kinds of food for us and had it ready in our room. Hors d'oeuvres, wedding cake, cupcakes, a huge sampling of the more than 96 dozen cookies my mother in-law and other family made. Our bed was sprinkled with rosepetals. Honestly I think there were a few more details that are now hazy, but the point is: much attention to detail.

Joe Spadolini, who is the head of weddings at the Park Inn Harrisburg West, really knew his stuff. He's a true professional who is really stepping up the options and offeringss available at this easy-to-access, affordable hotel. Every vendor Joe recommended to us was gold (with one minor exception, but it was a wash because there were a few we should've listened to and didn't).

Another shout-out goes to Julie, our maitre'd, who was seriously the nicest and most accommodating person ever.

If you're looking to get married in the greater Harrisburg area, I highly recommend making an appointment to see what the Park Inn can do for you. Andy & I and our families still rave about the wonderful experience we had.