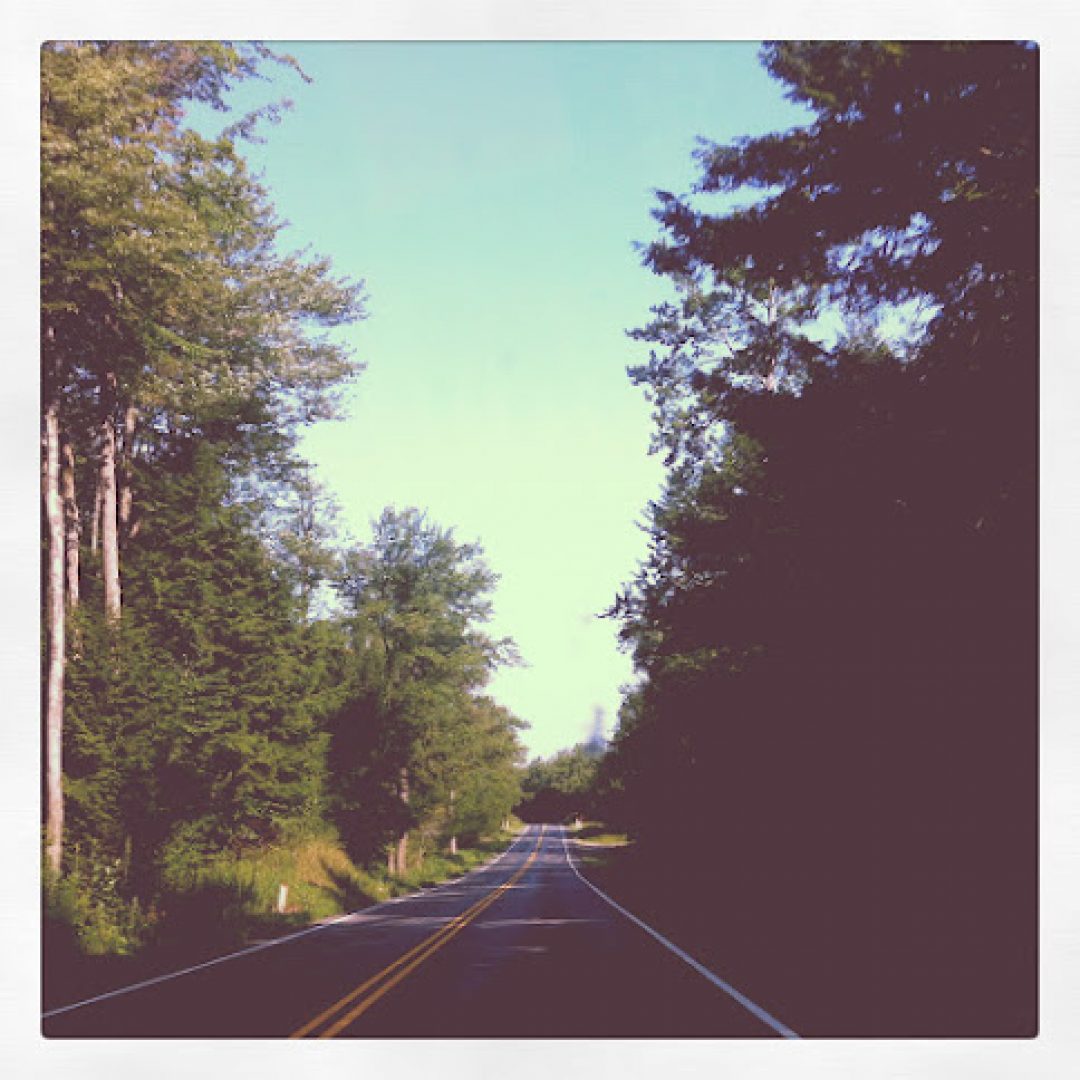 As I mentioned earlier this summer, Andy and I have our funds earmarked for home repairs, so our vacation budget is on the smaller side this year. Fortunately, we’re kind of nerdy about our love for our home state of Pennsylvania, so when Andy suggested a long weekend to Erie, Pa. for fishing and relaxing, we knew it was the perfect spot for a getaway.

Erie is a bit of a hike from the Harrisburg area – it would’ve been about 5+ hours if we traveled straight through. However, my in-laws (and dog-sitters) live in the PA Wilds, so we were able to have a little pit-stop. Friday morning, however, we were driving Route 6 through the Allegheny National Forest.

We arrived in North East, Pa., a few scant miles from the New York border, before noon.

Practically next door was the North East Marina, from which we departed quickly to begin our day of perch fishing.

Before we could set sail, however, I needed to acquire a Pennsylvania fishing license. Fortunately these are available at the bait shop at the marina (If I’d planned, I could have purchased this online in advance, too). I got a one day license, plus a trout stamp and Lake Erie permit.

Then we were off. We cruised out into gorgeous, tranquil Lake Erie, using a fish finder around our friend’s “spot” to locate a boatload (ha) of perch. We dropped anchor, baited our rods and waited.

We were using fishing rods (not poles, my husband says) equipped with a spreader, meaning we had two hooks on each line. We baited with minnows (two types throughout the day), which I eventually manned up and starting spearing myself so these guys could catch some fish, too. I did leave fish removal to the men — the fish have sharp gills that can slice up your hands if you’re not careful.

This was my first *real* time fishing, and I loved it. Both Andy and our host were patient with teaching me to bait my hook, cast (we just dropped the line to the lake floor), set my hook and to chill out on the reeling in (“This isn’t River Monsters, Sara”). It was so serene; Lake Erie is astoundingly gorgeous. It’s almost hard to believe you’re in Pennsylvania.

Then, when we got hot, we just jumped off the boat and cooled off in the clean, clear blue water.

Andy noted a few times how nice the water was, particularly its lack of salt, and the fresh, salt-free air. Personally, I love those things about the ocean; however, if you also find salt offensive, it’s just another perk to visiting Lake Erie.

In the end, our group caught about 150 perch. Andy estimated that I caught about 50 of those, but that seems high. (We only kept those that were big enough for a sandwich!) However, on my last cast, I pulled in a double!

We put our bounty on ice and called it a day. The next morning, the guys set to cleaning and fileting them.

Perch is delicious, and these babies are now in our freezer. I’ll call you when we do our fish fry. No, really.

While not really part of the Park, we had gotten a tip to stop at Sara’s on our way in for a hot dog or an ice cream cone. Starving, we went immediately for the natural “snap” casing hot dogs — make locally by  Smith’s, with ridiculously tasty onion rings (the good kind, not over-fried Os), curly fries — plus fresh toppings and amped up condiments. I went with “ballpark” mustard and a dill pickle slice on my dog, and it hit the spot.

As you may recall, my family beaches annually in Delaware, but my mom has always said the ocean, when calm, “Looks just like Lake Erie.” And now I know she’s right.

We drove in and looked for Beach 6, which we’d been told has concessions and rest rooms, so it’s a good pick. We parked, grabbed our chairs, beach blanket and books and hit the beach, selecting a then-empty patch just near the water’s edge.

We dove into our books, but it was hot – over 90 degrees that day – so we moved quickly to the water, where we tossed a ball back and forth until we got whistled at by the lifeguard for it. Note: Next time, read rules. After a snow cone break ($4 for the biggest dish of ice and berry flavor I’ve ever had), we dove back in and floated around in the calm, refreshing lake.

Once I felt my husband had had enough of the read-relax-sweat-swim pattern, we packed up and jumped in the truck to unofficially tour the rest of the peninsula.

The peninsula is rich in history, including its role as the base for Commodore Oliver Hazard Perry‘s fleet in the War of 1812. Here was a guy who got lucky on a bluff. He is famous for sewing “Don’t Give Up the Ship!” into his flag, though it was actually a friend of his who first spoke those words.

There is tons more to do on Presque Isle. Here’s a handy Top 10 list, or you can just play it by ear like we did.

By evening, we had dinner along the waterfront in downtown Erie, opting to grab a bite at Smuggler’s Wharf. Here we sampled Erie Brewing Co.’s Presque Isle Pilsner, which seemed fitting.

We ordered fresh fish and enjoyed the view, then walked out to the end of the pier for a photo op. (Really, we were looking for ice cream. Go figure.)

Afterwards, we headed into downtown to stop at U Pick 6 Tap House, the latest venture by the creators of Molly Brannigan’s (yes, our Molly’s started in Erie).

The Tap House has 22 taps, plus a couple casks and bottled beers. I finally went for the much-lauded Southern Tier IPA, which I loved, while Andy opted for a Penn Brewing Co. Al’ter Ego. This was hands down the hippest spot on the block, especially with its outdoor bar seating. I know my beer loving friends would adore it. On a future visit, I’d love to try their stone-baked specialty pizzas.

Sunday was the final full day of our Pennsylvania vacation, and we used that time to explore a handful of the many wineries of Lake Erie Wine Country.

We visited just six of the more than 23 vineyards and wineries that comprise this region, spanning from where we were staying in North East to Silver Creek, NY. Our first and last stops were our favorite, based on the number of bottles we bought at those versus the rest, but all in all, we purchased nearly a case of wine to take home and enjoy. I’ve already gifted two bottles and drank another!

One of those was from Mazza Vineyards, whose neat tasting room made it easy to enjoy our sips and samples. I’m always looking for a nice, drinkable rose — and I found that in the Bare Bones Rose. Took home two bottles for $9 a pop.

At Lakeview, we bought two bottles of their Riesling, which we found to be more balanced than their Dry Riesling, the version we usually prefer. We also got two bottles of their 2010 Shipwreck Red, a mistake batch that is so popular, they only have about 30 cases left — and are trying to experiment with how to recreate the blend with healthier grapes in the future.

After a day of tasting wine, we retired to the cottage for a nap before dinner. We enjoyed a lazy dinner at the Craz Parrot, located at the North East Marina, with a wind-in-your-face view of that famous Erie sunset I had been promised.

Thank you, Erie, North East, Eddie M., and you tasty little perch. I’ll be back!

If you want more information on vacationing in the Erie area, visit VisitEriePa.com.