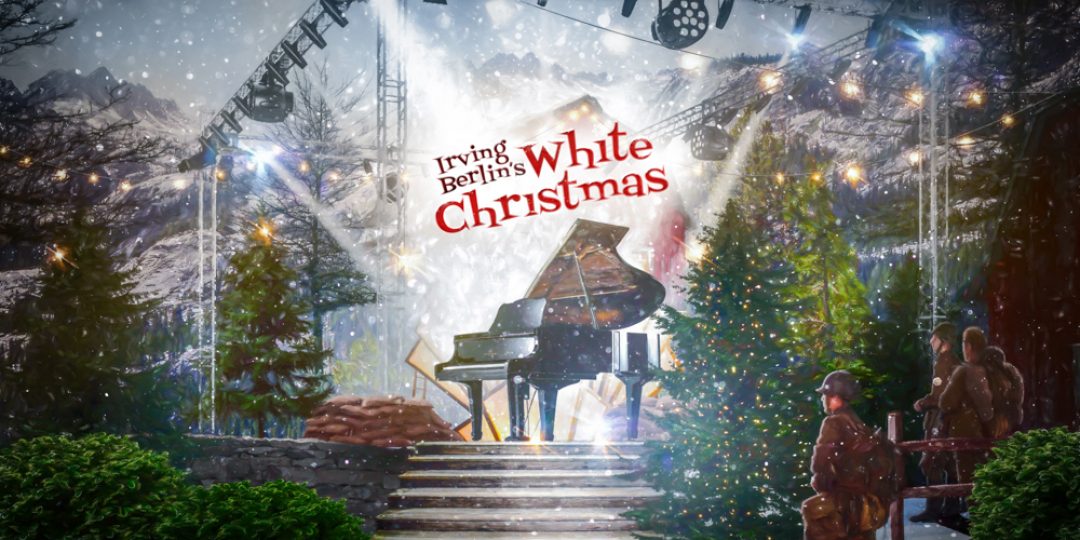 It’s officially the holiday season, and if you need some help getting into the Christmas spirit, look no further than the Fulton Theatre’s mainstage.

Irving Berlin’s White Christmas graces the stage through Dec. 31 and is the perfect soundtrack for the season.

Based on the beloved movie, White Christmas tells the story of performers Bob Wallace and Phil Davis as they follow sister act Betty and Judy Haynes to a gig at a Vermont inn.

Once realizing the struggling inn is owned by their former General from WWII, Wallace and Davis hatch a plan to produce a spectacular holiday extravaganza to help their leader out and ultimately bring the holiday spirit to the whole town.

The four leads – Luke Hawkins (Phil Davis), Sarah Meahl (Judy Haynes), Will Ray (Bob Wallace), and Hanley Smith (Betty Haynes) – are wonderful together in their own duos (Meahl and Smith are absolutely delightful during “Sisters”) and as couples as well. Ray and Smith were wonderful in The Sound of Music as Captain von Trapp and Maria and their chemistry is just as “present” this time around.

I’d be remiss if I didn’t also mention Tarra Connor Jones (Martha Watson), whose voice – and sassiness – truly stops the show. She was incredible in Chicago, and I was excited to see her back at the Fulton. Really, the entire cast is extremely talented, effortlessly pulling off complicated, glitzy dance numbers.

White Christmas is truly an endearing and heartwarming show that will leave you ready to spread your own holiday cheer. There’s a reason the classics are classics and as always, Fulton’s production is no exception.

Learn more about the show and grab tickets here.

Looking for a gift? Check out an Act II Subscription, which includes tickets for the remaining four shows of the 2022-2023 season: The Play that Goes Wrong, The Wiz, Titanic, and Grease.  More holiday The Fulton is also producing A Christmas Carol as part of its Family Series and a Holiday Cabaret series in the 4th Floor Tell Studio Theatre.

If you haven’t had a chance to check out the remodeled space, definitely make time to do so — it’s stunning!

And while in Lancaster, don’t forget to plan some extra time for dinner and drinks at one of the amazing restaurants downtown like C’est La Vie or Proof and some Christmas shopping on the 300 Block of Queen. ‘Tis the season!